The combination of antidepressants and nonsteroidal anti-inflammatory drugs (NSAIDS) is linked to an early increased risk for intracranial hemorrhage, regardless of the type of NSAID or antidepressant, new research shows.

“The take-home message for clinicians is that special attention should be paid [to] antidepressant users when they start an NSAID prescription,” coauthor Byung-Joo Park, MD, MPH, PhD, told Medscape Medical News.

“Monitoring bleeding risk is particularly needed at the initial combined use of both medicines,” added Dr Park, who is a professor in the Seoul National University College of Medicine’s Department of Preventive Medicine, in Korea.

The study was published online July 14 in the BMJ.

For the retrospective population study, Dr Park and colleagues analyzed data from the Korean nationwide health insurance database of 4,145,226 people who were treated with antidepressants with and without NSAIDs.

In looking at the main outcome measure of time to the first hospital admission with intracranial hemorrhage within 30 days of drug use after controlling for factors that included warfarin and steroid use and dementia, the investigators found a significantly higher risk for intracranial hemorrhage during that 30-day period among patients treated with a combination of antidepressants and NSAIDs compared with those receiving antidepressants without NSAIDs (hazard ratio [HR], 1.6; 95% confidence interval, 1.32 – 1.85; P < .001).

Male sex was the strongest risk factor for a higher HR for intracranial hemorrhage with the combined use of the drugs (HR, 2.6 vs 1.2 in women; P < .001).

However, neither older age nor the use of antithrombotic agents, both well-known risk factors for intracranial hemorrhage, was associated with a higher HR in conjunction with the NSAID- antidepressant combination.

Dr Park noted that important limitations of the study include the use of a claims database that is based on prescription information and a short follow-up period.

“Our main interest was that the relative risk of intracranial haemorrhage could increase within initial 30-day period with combined use of NSAIDs and antidepressants,” he said.

“We rigorously applied the utmost statistical method to produce scientific evidence; however, residual confounders, including genetic factor, might remain.”

In an accompanying editorial, Stewart W. Mercer, PhD, of the University of Glasgow, in the United Kingdom, and colleagues with the University of Cambridge, UK, noted that the findings are of particular concern because of the high number of patients who commonly use both types of drugs.

They added that the findings need to be better understood “in the broader context of multimorbidity, polypharmacy and primary care systems. Further research is needed to extend the findings over longer time periods and to quantify risks in different populations.”

Philip R. Muskin, MD, a professor of psychiatry at New York–Presbyterian Hospital/Columbia University Medical Center, in New York City, agreed that the findings raise many more questions than they answer.

“There is a concern that people who take [antidepressants or NSAIDs] are at risk of gastrointestinal bleeding and that using the two together further increases the risk, so that’s something that we watch for, but there has never been a suggestion that it causes intracranial bleeding,” he told Medscape Medical News.

“Not that a gastric ulcer isn’t itself a concern, but with intracranial hemorrhage, that’s really a pretty serious issue.”

“The study suggested that age wasn’t a predictor of risk, but what if, for instance, the men in the study were much more likely to be older than women? That might help explain the higher risk,” Dr Muskin speculated.

Until more is understood of the relationship, the findings should serve as a wake-up call for clinicians to more closely monitor drug interactions, he added.

“I think [the study] raises the very good issue that if you’re giving patients antidepressants in primary or psychiatric care, you should ask if they’re also taking aspirin or other NSAIDs, and if so, you might want to go over the risks and potentially make sure they don’t have other risk factors.” 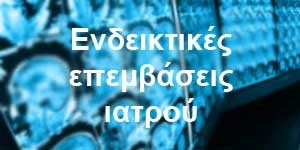